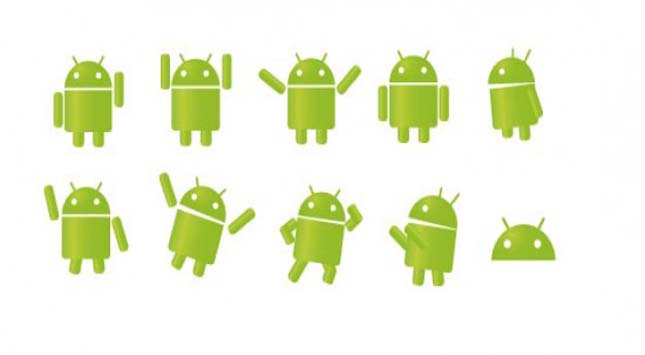 It doesn’t matter if you’re a newbie and just launching your business or a seasoned player in a specific industry, you couldn’t do without mobile app development.

We are now living in a digitized era, and with the rapid digital tech advancements all over the world, smartphones only added to the simplicity of our lives as a whole.

From the ease of making appointments online to getting products and services delivered on your doorsteps with just one click, there are numerous aspects of these smart devices that simplify our daily activities.

The advent of apps for smartphones and tablets contribute to the majority of these applications. One specific advancement in smartphone technology is optimizing Android app development, which aims to significantly benefit users. Android, as an open-source operating system, has a massive user base.

Businesses and organizations worldwide are using this interactive platform to build interactive, feature-rich apps for end users. Business Android applications are meant to resolve the problems of customers, while boosting business value overall at the same time.

The Massive Popularity of the Android OS

The smartphone market war is not just between hardware manufacturers, it also between the makers of mobile phone OS. The Android OS by Google overtook others, leading the market in a big way, and is now the leading operating system maker in the world. Android, since its release, opted to be free and Google would likely keep it free for some time.

This caught the attention of hardware manufacturers worldwide to bring out an affordable smartphone that’s powered by the free OS, thus leading to the immense popularity of the platform. The popularity is obviously due to its being open-source, which enabled Google to partner with a lot of hardware makers in the globe and bring out a truly smart phone. More than two million apps are developed for Android, with more than three billion downloads.

Given the overall cost-effectiveness and overall ease, businesses from the four corners of the world leverage the benefits derived from optimizing development.

Check out the following benefits of the terrific platform.

In terms of ensuring the entry, Android is renowned to impose minimal restrictions. It’s known to provide an SDK for free to the community of developers. This helps in minimizing the process of development as a whole, as well as the costs of licensing.

If you are looking to achieve complex customizations in respect to your mobile app while ensuring integration ease, Android is perfect for you. The platform was designed to ensure maximum customizations for any Android app development project. It provides seamless integration, as well as tweaking the app as per unique business requirements.

Of course, one of the major benefits of the operating system is open-source nature. The benefits of its being open-source come from the royalty-free tech provided by the active community.

The architecture for Android SDK is open-source, meaning you could interact with the active Android community for the latest expansions and trends. Thus, the platform is highly attractive to manufacturers of handset devices and wireless operators.

Apps made using Android are scripted with the use of Java. Scripting is done with the help of a particular set of libraries. Anyone with basic Java knowledge could design high-and apps.

These days, it has become vastly simpler for developers of Java to transform the code script given into a desired mobile app.

Compared to other mobile app development platforms, Android solutions are known to be deployed in several ways. With Android, there’s no need to rely on just one market to distribute the services of applications.

You could use a third-party app marketplace, such as the Google Android Market for instance. You can, at the same time also custom-make sales and distribution channels while putting the same on your site.

Apps that are Android-based are known to run over several devices from different manufacturers that have varying configurations and hardware specifications. This ascertains that the applications could deliver great end-user performance, regardless of the kind of device they’re using.

7. Disintegration of the Market

Although disintegration or fragmentation could pose a considerable challenge to developers, it’s also known to provide a lucrative opportunity for modern enterprises and companies.

All the available operating systems available are now known to power mobiles in a component of the industry. This implies then that there’s a mass-market at the disposal of enterprises with the help of interactive app development using the Android system.

Android occupies a major market share in the app market these days. Most users and organizations use Android apps for a lot of reasons. For a business to thrive in today’s market, having a mobile app is paramount.

Android app remains the top option for organizations because of the extensive use by prospective customers, creating huge opportunities for developers. For any kind and size of business, Android could surely assist in accelerated growth. Interacting with customers, as well as reaching a bigger audience is much easier with Android. The platform helps generate more conversions and leads, resulting of course to more sales.

With great functionalities and features, it is without any doubt that Android business applications could boost the business brand considerably. It helps a business create better customer relationships through enabling emails, customer calls, post diverse comments on social media, order requests, and a whole lot more.

Android application development has significantly transformed the mobile app space. There is a huge range of apps, especially in the business sector.

When developing a business app, there are several things to take into consideration, such as the business demand, customer expectations, business workflow, employee requirements, and so on.

The reasons for opting for Android are manifold, and each and every one of them holds considerable merit.

Secret Vault Apps – Is Your Child Hiding Something in a Secret Folder?