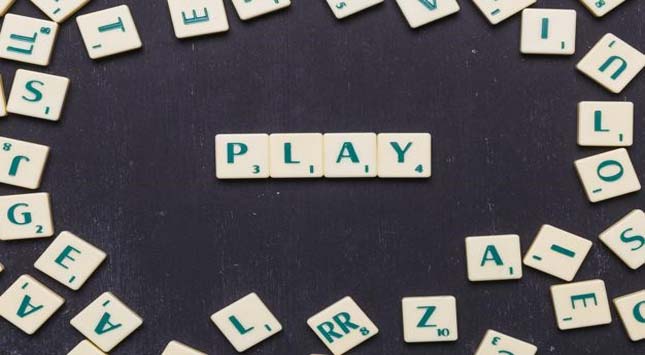 You may have played the classic Scrabble game on a wooden or plastic gameboard as a child. The game has always been a favorite one for adults and children.

So much so, that you can now enjoy the game (best scrabble app) on your smartphones without the need for 2 or more players to play against.

Word Scrabble mobile apps offer exciting features where you can even play solo or against a bot if you have no friends playing online.

Scrabble is a word game that has letter tiles that are to be placed on a 15X15 grid squares game board. These letter tiles are used to make words and score points against the opponent.

The Scrabble game was originally played offline of physical wooden or plastic game boards with two to four players. But with the technological advancements, mobile app development companies have enabled Scrabble lovers to find the game on their mobile devices.

The classic Scrabble game is sold in about 121 countries in 29 languages. In fact, the word scrabble game is so famous that there are approx. 4000 Scrabble clubs across the globe. There are also computer, web, and video game versions of the game.

Whether you are getting bored at home or just want to exercise your brain, these best 5 Scrabble apps will keep you entertained.

Classic Words Solo is a simple word scrabble game that offers an excellent experience. The app has over 10 million installs, over 166K reviews, and a 4.4 rating on the Play Store. Users have 6 difficulty levels to choose from while playing the game.

This scrabble app also features a solo mode that enables players to play the game without having to wait for their opponent to play their next move. The user can simply choose a skill level from beginner to expert and play against the AI bot.

This game polishes your strategy-making skills and improves spelling and vocabulary while also keeping you entertained. You can also play quick training matches against the computer to learn new words. The app also supports offline play so you don’t have to worry about your data.

You can quit and resume the game at your convenience and also shake to shuffle the letters. The app is free to use on the Play Store and App Store. However, the app shows advertisements that can also be removed by paying $0.99 for the pro version.

There are two types of Cross Craze apps on the Play Store which are CrossCraze Pro and Cross Craze Free. The CrossCraze Pro is a paid app but the app has 21 million installs and a 4.7 rating. The app game is designed for users who like playing against the computer AI bot. It also allows players to play in an offline mode with friends.

The CrossCraze Pro app boasts its smart Artificial Intelligence and a wide range of gameplay options that enhance the gaming experience of players. The app features 10 skill levels, 28 board layouts, 2 game modes, and 12 board styles.

Accordingly, it provides the option to select a computer opponent as per your skill level, choose from 2 board sizes, play classic mode or tile stacking mode, and customize the screen colors.

The app supports 9 different languages and vocabularies covering over 5 million words. The other features offered by the app are streamlined gameplay, timer games, three different racks, sorting of letters, etc.

The CrossCraze Pro app is a great way to educate yourself and the children by enhancing your vocabulary, improving spelling, or even learning words in a different language. It’s one of the best mobile apps for people who like anagrams, classic word building, and crossword puzzle games.

The Scrabble Go app is the official app for the classic Scrabble word game. It has over 10 million installs on the Play Store with a 4.3 rating and over 240,000 reviews. The app offers four fast-paced game modes such as Duels, Tumbler, Word Drop, and Rush.

The Scrabble Go app features Scrabble leagues, practice mode, tracking stats, game boosts, and unlocking levels, to facilitate an amazing experience. The players can also personalize their scrabble game with custom word tiles that they can collect by unlocking chests.

You can download this app for free on the App Store on the Play Store.

The Word Crack app has over 10 million installs on the Play Store with a 4.2 rating and over 360,000 reviews. The app enables users to play unlimited games simultaneously against their friends or random opponents. It supports 16 different languages including Brazilian, Basque, Russian, and Galician.

The app offers 40 bonus points to use all words on the rack in the same move. Players can use bonus squares to earn more points and even double or triple the value of letters or words. Word Crack enhances the Scrabble experience through its intuitive UI and animations. The app can be downloaded for free on the App Store and the Play Store.

The Word Master app has over 500,000 installs with a 4.5 rating and over 11,000 reviews on the Play Store. The app doesn’t require an internet connection and the games can be played offline owing to the AI resources and customizations. Therefore, the app is great for players that want to focus on improving their skills and reasoning in an offline mode.

The app supports 10 languages and also features the Double Letter, Double Word, Triple Letter, and Triple Word tiles. The players can either play solo against the computer as an opponent or play offline against friends. The app also offers a challenge mode to score points and beat your own score.

The word definitions provided also improve vocabulary. Other features include tracking records, saving and resuming the game, enabling tips feature, block rare words usage by the droid, etc. You can download the app for free on the App Store or Play Store.

These Scrabble mobile apps are a great source of entertainment, especially during the lockdown. Playing these games is not only a good exercise for the brain, but it also enhances your vocabulary and spelling.

These games are good for children and adults who are looking for entertainment as well as polishing their skills. Mental fitness is as important as physical fitness.

These best 5 words scrabble apps in 2021 will ensure you stay mentally fit amidst the chaos caused by the pandemic.

9 Apps for Students with Special Needs