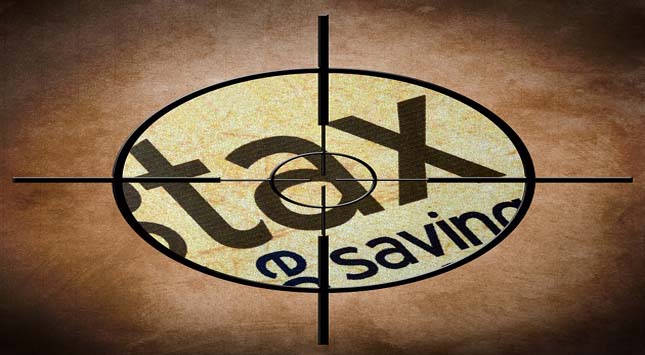 Technology has been transforming every industry rapidly owing to automation, fast-paced analytics and a lot more.

With efficiency becoming the number one priority for all industries, tax and finance are the latest entrants to be transformed by data analytics.

Tax evasion has been tried in every country around the world. However, in recent years, stringent norms and data analytics have made countries such as Belgium, Canada, and Australia more watchful and aware. India, till a few years ago, had only a handful of the tax-paying population actually doing the deed. In 2014-15 only 3.65 crores of India’s 125 crore population filed tax returns.

A massive mismatch in the income reported by several individuals and their purchase patterns led to an increased need for India’s I-T Department to take notice. For instance, only 24.4 taxpayers in India declared an annual income of over Rs 10 lakh yet 25 lakh new cars, including 35,000 luxury cars, have been bought every year for the last five years.

You May Read: Google Analytics

The Start of a New Tax Era

With a large amount of the population getting away without filling their taxes accurately or even at all, pertinent steps needed to be taken to rectify the situation. With data analytics proving to be a boon in every industry, the I-T department is not far behind.

In 2017, the Income Tax Department announced the initiation of “Project Insight”, a Rs 1,000 crore programme capable of tracking social networking profiles as well as expenditure patterns of individuals. In case anyone is found incurring travel or other expenditure that exceeds the income they have declared, the I-T Department would be informed of the same.

With Big Data now being used by tax officials, if an individual is travelling to a foreign country and posting pictures on social media, or buying a luxury car which is beyond the returns filed, the I-T Department can use Big Data to analyse them and check the mismatch between your earnings and expenses. The process can easily use the complete trail even for the new tax filer.

As per reports, the I-T department can also prepare a master file containing all the details and key information about individuals and corporates. The initiative was launched to curb tax evaders and ensure timely detection of any mismatch.

Another step taken by the government was mandating all tax-payers to link their Aadhaar with PAN. While initially only PAN was used to pay taxes, this link of two critical documents has greatly reduced an individual’s ability to evade declaring high-value purchases.

In a country of 1.2 billion people, only 0.45 billion PAN numbers were issued to individuals and only 0.05 billion even filed a tax return. Of those filed, barely 200,000 individuals reported an income of above INR 1 crore.

Data being used by the I-T Department

The new ITR forms notified by Central Board of Direct Taxes (CBDT), for the upcoming assessment year (AY) 2020-21, require you to disclose additional information such as Expenditure of more than ₹2 lakh on foreign travel or ₹1 lakh on electric bills in the current financial year (FY).

Additionally, taxpayers will have to make use of Form 61A to report transactions regarding cash receipts, purchase of shares, mutual funds, immovable property, term deposits, and sale of foreign currency.

Some of the Data Collected by the I-T Department Include:

In addition to the above changes, the purchase of shares, debentures and mutual funds of Rs 10 lakh or more will have to be reported by the companies to the tax authorities. Further, individuals earning more than Rs 50 lakh a year will have to report their assets and liabilities in a new ITR (income tax return) form this year. Reporting of PAN is also mandatory for making any purchase of goods and services of more than Rs 2 lakh.

Thus, just as technology and analytics have disrupted industries all over the globe, the tax sector is no different. In an attempt to avoid tax evasion and ensure that all expenditure is in accordance with one’s earnings, the government is implementing several new tax reporting regimes. With software tracking every lifestyle and purchase pattern of individuals, it is likely to become impossible for tax evasion in the coming years.

Author Bio:
Abhishek Soni is a Chartered Accountant by profession & entrepreneur by passion. He is the co-founder & CEO of Tax2Win.in. Tax2win is amongst the top 25 emerging startups of Asia and authorized ERI by the Income Tax Department. In the past, he worked in EY and comes with wide industry experience from telecom, retail to manufacturing to entertainment where he has handled various national and international assignments.