A Raspberry Pi Robot That Can Read Human Emotions 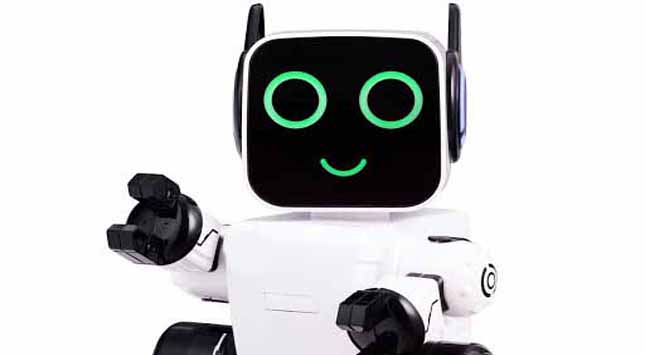 The unusual and unique robot has been launched in the market by researchers to help detect human feelings. They have integrated emotional intelligence into robots to read human emotions.

They call it EmpathyBot. They have developed a Raspberry Pi robot with a GoPiGo initiative, and it will lead you to judge human feelings.

The robots will ask humans about their current modes and feelings. This article will tell the exact method to create a DIY sense telling robot based on a Raspberry Pi.

A Robot that Can Monitor Human Emotions

When people call any helpline or bank service, they get an automatic response by a robotic system that is independent of your current mode and feelings. But there has been new robotic technology that can be used to build such types of robots that can tell your current mood and can act accordingly to your mood switches.

The robot is developed by using Google Cloud Vision associated with GoPiGo a Raspberry button to control it. For voice, there is a speaker and also a Raspberry camera to record the images and video info of the robot.

It is called as EmpathyBot because it can sense anxiety, sad, angry, happy and depress mood of human beings, it acts concerning the present disposition of humans what type of attitude it detects in human it performs a similar function.

You may like to read about: Best Spy App

What is the Basic Terminology of Its Operating?

The movement of Empathybot depends on the Raspberry pi GoPiGo function inside it. When it finds any obstacle like a human being in its passage, it senses ultraviolet radiation it then halts. The ultrasonic sensors also calculate the distance between the robot and the human.

When it is present at a particular range it with the help of its camera takes a photo of the human subject. The primary function of detecting human happy, sad, angry, and depressed mood is due to Google Cloud software installed in it and Raspberry Pi.

The robot captures a photo of the human subject, and then it transfers it to Google Cloud Vision, and it then detects the present mood of human in the picture to tell its emotions.

Moreover, it will ask you about the reason of your mood. If you are sad, then it will remind you about your family. It all depends on the kind of Software you install in the robot. The eSpeak Software is installed in a robot to help it in responding to your actions.

The researchers have tested their technology on different things posted essay help UK at different research based platforms.

The first test was conducted on the current mood of humans as the technology works on Google Cloud Vision, and it was easier to detect the happy and sad feeling of people. Still, it was a little challenging to find out the differences between a depressed or astonished mood.

The robot was little in confusion when people with facial hair were detected for their moods. But as soon as their facial hair trimmed off, their feelings were recorded more easily by robot.

Children can play when they are sad, and they can be made happier with these robots, which can act in funnier ways to please babies.

The robots can give more benefits in Dexter industries and but these robots cannot detect reactions of non-human things like other toys or material things because these are made on Google Cloud Vision technology.

Empathybot robots could be fantastic for multiple purposes. It would be helpful for people of all ages to detect their mood swings and act accordingly by following their emotions and performing tasks according to their wills.

Moreover, it could be useful for medical purposes by identifying the moods of patients to handle patients with more cure and many other therapeutic goals we can achieve by using it. Children’s toys would be made on this technology as it would be pleasurable for them to find a partner that can understand their emotions.

The EmpathyBot has followings parts and pieces.

By assembling all accessories, you will build a structural body of the robot. Now you will need to install Software in it to work it effectively. After installing the Software, you will control the robot with a grove button to restrain it colliding with other things. Port D11 is also a significant part of the robot that is connected with GoPiGo to control it. The ultrasonic sensor is associated with an inside Port A1 on the GoPiGO.

The Software You Need to Install In Robot

The Google Cloud vision API is the leading Software to run this robot. Initially, one account setup and a project are required to build the desired EmpathyBot. There is a unique code for turning it on which comes with the official kit of the robot.

Without providing the code, you cannot operate it. You will require getting a Jason Key from Google Cloud vision and will need to connect GoPiGo with the internet to run the project.

The robot will move forward until it is stopped due to the detection of ultraviolet radiation from a human source. This will start the phase of human mood detection, which will take a picture of humans and will send it to Google Cloud’s vision to resend the Jason based document after analyzing the mood of the human subject.