5 Viruses that are Really Dangerous for Your PC 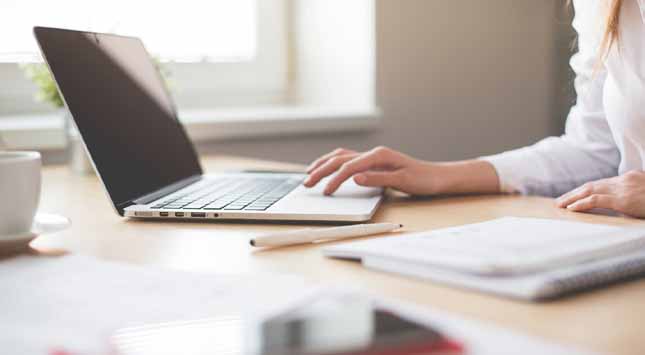 For starters, a computer virus is a meticulously created computer code designed to be contagious from one device to many others. They most likely permanently damage a device or steal valuable information, technologically termed as data.

Not that different from a biological virus that affects our body to be ill. The same comes in the way of us performing our daily duties and does need a strong adhesive to get good riddance.

A digital virus infects the system in your PC by drastically changing the way your computer was actually meant to perform. A variety of ways that viruses can be spread are through channels such as networks, discs, email attachments or external storage devices like USB sticks.

A system has been contaminated by observing the common symptoms, which are delay in functioning, turbulent behaviour, loss of data, and consistent crashes in the PC.

The Code Red worm was discovered by two eEye Digital Security employees Marc Maiffret and Ryan Permeh. They named it likewise because they were drinking Code Red Mountain Dew. This virus first came to light in 2001, and they aimed at servers in Microsoft IIS.

They succeeded in their attempt by exploiting a buffer overflow problem. Once it has taken effect, it will repeatedly make a hundred copies, but due to an innate error, it will duplicate even more and ends up eating a lot of the system’s resources.

It will later launch a denial of service attack on several IP addresses. It displayed the words “Hacked by Chinese!” and performed purely based on each device’s stored memory. The virus attacked numerous websites, including the famous attack on the U.S. White House’s website, www.whitehouse.gov.

The impact was so drastic that all the White House could do change its IP address as a defence. This worm has infected more than 250,000 computer systems in a span of nine hours, and it was said that the lost production value cost about 2 billion dollars.

ILOVEYOU, also known as “Loveletter”, was created by a college student in the Philippines named Onel de Guzman with the intention to log into services he wanted to use for free as he could not afford it. It had been reported that he had no idea how far his creation would spread.

This virus’ origin dates back to May 5, 2000, as infection of computers began to take notice in the Philippines. It is spread by email with the subject line “ILOVEYOU” and an attachment, “LOVE-LETTER-FOR-YOU.txt.vbs”, which surely intrigues the person at the receiving end. Once it was opened, a Visual Basic script was executed, and the computer was infected.

It is considered one of the most malevolent computer viruses ever to be designed. It has estimated around $10 billion worth of damages across the world. Governments and large organisations had to take to offline methods, specifically the mailing system, to avoid the risk of infection.

The first version appeared on January 26, 2004, which expanded via email and peer-to-peer network. It originated from Russia and is written in the C++ programming language. On Feb 1, 2004, it caused the virus to begin a denial of service (DoS) attack, and on Feb 12, it stopped distributing itself. Even after the virus spread, the backdoors created during the initial infections remained active.

It targeted major tech companies such as SCO, Microsoft and Google.

It was also a worm for Windows that became one of the fastest spreading viruses since ILOVEYOU. It was named by McAfee employee Craig Schmugar, who was just among the few who initially discovered it. It is published as the worst computer virus outbreak in history, as the damage cost around $38 billion in 2004, but its inflation-adjusted cost is actually $52.2 billion.

Mydoom continues to reign today, living a life of its own, infecting enough poorly-protected machines to send 1.2 billion copies of itself per year, even though it has been 16 years after its creation. Though a large sum of money as a reward was offered, the ingenious creator behind this monstrous virus was never found.

This virus is part of the “Zeus” family of malware, having first discovered in 2011. It focused on intending harm specifically towards Microsoft Windows. The purpose was not too far from robbing a bank physically; having said that, the virus accesses the victim’s sensitive bank account details and steal all of the funds. It can bypass centralised servers and create independent servers to send sensitive information in such a way that the person affected unfortunately cannot trace his/her stolen data.

Zeus sometimes can also download ransomware that encrypts your files and demand money in exchange for unlocking them. It is said to have originated in Eastern Europe and was used to transfer money to secret bank accounts. Zeus is said to have impacted damage worth $100 million, not including lost production, undocumented theft and whatnot.

In the US alone, 25% out of more than 1 million computers that were approximated were infected. In late 2010, the creator of Zeus announced his retirement, but many experts believe this to be false.

CryptoLocker is a form of Trojan horse ransomware released in September 2013 targeted at computers running Windows. It often uses email as an extension for a device once which is infected, and it will proceed to encrypt certain files on the hard drive and any mounted storage connected to it with RSA public-key cryptography.

The only way to unlock the files is to pay a ransom by a deadline. If the deadline is not met, the ransom will increase significantly, or the decryption keys deleted. The ransom usually amounts to $400 in prepaid cash or bitcoin. The creators used the Gameover Zeus botnet to make and send copies of the CryptoLocker virus.

In June 2014, Operation Tovar took down Evgeniy Bogachev, the leader of the gang of hackers behind CryptoLocker. In February, the FBI offered a cool $3 million reward for Bogachev, thereby ending this demented scheme.

There are so many more undetected viruses said to be out on the loose, so it is up to us to take the necessary precautions to protect our devices and stored data by not falling into an obvious trap.

Some basic requirements can be met by installing antivirus, updating the software instead of letting it slow down the PC’s functioning, backing up the computer’s data, and what not!