How to be Digital Nomad in Byron & Chickamauga, Georgia 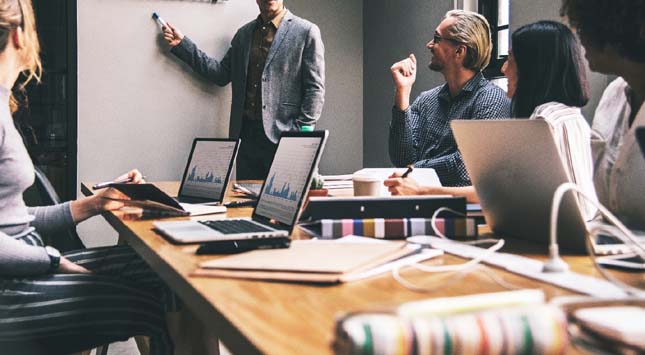 Located in Walker County in the US state of Georgia, the city of Chickamauga is teeming with rich history relating to the War Between the States. Most visitors travel to this city to take a glimpse of several of the historic abode that still stand today.

Tourists can really enjoy the civil war history that this city was able to preserve in some of its homes and landmarks. So if you want to enjoy to the fullest like a digital nomad, you can read our tips and advice.

Visit one of the oldest mills in Georgia, the Lee and Gordon’s Mills. It used to be a general store in 1863 and was built by James Gordon. The mill had its historical beginnings during the War Between the States. The mill was then used as headquarters for the cavalry troops. In 1993, it was purchased by a local and was restored to its normal operations.

Today, items such as cornmeal and ground meal can be purchased in this historic mill. Another great activity to enjoy in the city is a lovely tour to the Crawfish Spring. Before, the spring was used as the main source of water of the early settlers in Chickamauga.

Today, it functions as a park equipped with picnic grounds and a lovely gazebo. If you are tired touring around the city, you can play a relaxing game of golf at the High Point Golf Course or at the Arcadia Farms Golf Club. If you are interested to Book your Chickamauga Hotels you can do that with reliable company like  Reservations.com.

The Battlefield Barbeque, as the name implies, will take you to a battle of succulent flavors of barbequed goodies. Depending on your taste, you can order a spicy slaw if you want the burning sensation of goodness. The Melon Patch, meanwhile, serves a wide array of home-cooked dishes that are sure to delight your senses.

They also have an extensive selection of sandwiches and salads. If you are stopping by this historic city, it is a must to dine in Melon Patch. Sink your sweet tooth in some chocolaty goodness in the Chocolate Therapy Café. As the name implies, the restaurant is packed with chocolate goodies that could very well serve as therapy to a chocoholics. Aside from chocolates, the café also offers delicious sandwiches and tasty salads.

History buffs would be delighted with a visit to the only abode that survived the great battle of Chickamauga, the Gordon Lee Mansion. This historical home is considered as one of the city’s premiere landmarks and tourist attraction. It originally functioned as a residence to the Gordon family in 1836.

During the War Between the States, the house served as a hospital, where many wounded soldiers were taken care of, most of them even died in the house. Other points of interest in and around the city include the Ruby Falls, Walker County Regional Heritage, and Galleries on Gordon.

The Walker County Regional Heritage/Train Museum features exhibits relating to the War Between the States. It houses several collectibles, Indian artifacts, exhibits from the WW II as well as several vintage items and guns. The museum also houses a display of the Lionel Old Gauge model trains that had its beginnings in 1947. The museum is teeming with history buffs and eager visitors in the summer season.  Guests are able to ride a locomotive train on their day trips.

The city of Byron is set in Peach County in the state of Georgia. Although a small town, it is big on what it can offer its residents and visitors. Everyone has easy access to the roads in and out of the city as it is set on Hwy 49 and I-75 at exit 149.

It is not really a quiet little town as it has a busy industrial park and is home to new car dealerships in Peach County. It is also home to the largest Coachman dealership in the world, Mid State RV. It is quite easy to see that Byron is a good destination for finding great deals on vehicles, new or old.

This small city is becoming more and more of a tourist destination. Holiday Inn Express Hotel & Suites Byron can be found at the city center and offers laundry facilities, 32-inch LCD televisions, microwaves and refrigerators.

Another favorite option in the city is the Comfort Suites Byron which has an indoor pool, spa tub, fitness facilities, and picnic areas; rooms are also provided with refrigerators. Best Western Inn & Suites Byron, Days Inn Byron, and Quality Inn are also great options in the city.

Every May, the city hosts the annual Battle of Byron. This fun-filled activity is not just a fund-raising event but also a venue for meeting old and new friends, having fun, battling against other people in a good-natured way, and simply enjoying the stuff that the city has to offer. There are plenty of games, races, and competitions designed to keep people engaged in battling each other.

“I can do anything better than you” is the slogan of the whole event. This is also the time to enjoy various shows and exhibits, including antique car shows, pet shows, and arts and crafts shows. During other months of the year, the city also offers various variations of the Battle of Byron, including the Chili Fest in October. Thus, it is best to visit the city during these fun festivities.

There are a number of historic homes and buildings in Byron; these are favorite tourist attractions in the town. Many of the homes are gabled ell Victorian cottages whose appeal includes their architecture, not just the fact that they had been the home of the town’s famous residents.

Such Victorian historic homes include the Evans/Peavy/Herndon Home and Warren/Pate Home. The Warren/McCary Home is a Greek Revival home while the Peavy/Vinson/Sears Home is a Neoclassical Revival house.