Quantum Computing with JAVA: Is it the Next Big Thing? 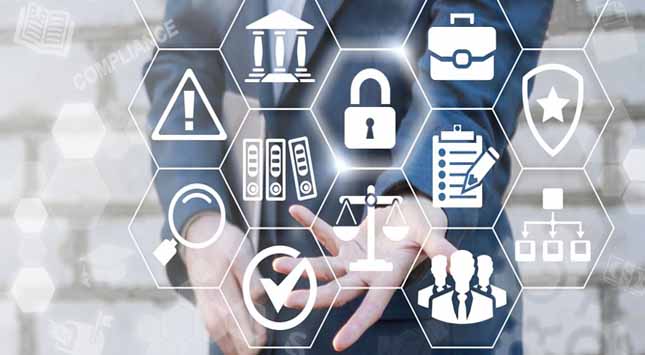 Danish physicist Neils Bohr once said, ‘Anyone who is not shocked by quantum computing had no idea what it is’. Though given years ago, this statement still holds in present times.

Quantum computing has a lot of potential in the world today. It has existed for decades but not been harnessed suitably enough to transform the world as we see it. And there have been many reasons behind it. Be it a lack of necessary tools or the slow and steady process of coming up with apt programming languages to run quantum computing algorithms. There is a lot of processing going on when compared to traditional computers.

As we know the computers and smart devices around us are getting smaller and smaller with each passing day. Gone are the days when a personal computer occupied all the space you had in your home. We now have devices like tablets and smartphones, where complex processes are being executed even in such small physical areas.

However, experts say that we might soon hit a roadblock when it comes to reducing the size of our devices. It seems like quantum tunneling could be the one to blame. As we keep on reducing the size of our transistors, allowing us to fit a million in a chip, we are being pushed to a limit where the electrons start behaving in an altogether different manner. The idea of using a transistor as a switch doesn’t work since particles start transferring them to the other side of the blocked passage. That’s when the quantum theory comes into the picture.

Quantum theory explores the world at the most fundamental level. It deals with the world of atoms and other subatomic particles. The element that separates them from traditional approaches is that at the subatomic level, laws of physics are different than we know in the physical world. Electrons can be in more than one place at a time. They can also display the phenomenon of superposition and entanglement.

With all of its nuances, the need for quantum computing arose when limitations of classical computers were realized. While quantum tunneling many seem like a problem that is easy to solve, it has finally put a stop to our dreams of increasing computational power. It might take years to resolve, but we don’t have to worry about it so much. Thanks to quantum computers.

Today we are trying to harness the power of quantum computing using various programming languages. Despite there is always an ongoing debate on whether one language is superior to the other, what fuels it more is using JAVA for the purpose.

It hasn’t even been a month since Oracle launched JAVA’s new edition JDK 13. But it’s not about the features that it has for everyone. The keynote session at CodeOne, saw doctoral candidate Jessica Pointing from Stanford University draw everyone’s attention to quantum computing with JAVA.

As strange as it may sound, JAVA indeed has more than a few libraries that can aid quantum computing and help the world realize its potential. Pointing highlighted the fact that developers can write code for Stange Quantum Computer Simulator in JAVA. She explained that we are looking at the possibility of a quantum computer in the wrong way.

The challenge for a quantum computer, as we find it now, is to outperform a classical computer in solving a specific type of problem. To everyone’s surprise, this hasn’t happened yet, and god knows how much time more will it take to prove this theory.

Even though the world hasn’t realized it yet, JAVA has some code that can help access quantum computing algorithms. When we try to find the prime factors of a number that is 617 digits long, it might take us billions of years through a classical computer. On the other hand, quantum computing algorithms such as Shor’s algorithm can help do this task in 100 seconds. Similarly, Grover’s algorithm is much faster when it comes to solving complex problems that have many possibilities.

The quantum computing libraries in JAVA already contain the definitions of well-known qubits and gates. It is also suitable for calculations involving matrices and vectors. The class qubit in JAVA can be used to create a new qubit object and help in testing whether a qubit is valid or two qubits are equal.

Similarly, gates are implemented in the library using the abstract factory pattern. Hardman gate that allows achieving the quantum concept of superposition can be easily implemented in JAVA using a few lines of code.

A of now JAVA allows a limited number of gates such as Hardman, Pauli’s, CNOT, etc. But once the world realized the ease of computation, there will be more provisions for accessing complex quantum computing algorithms. It could be the next big thing is determining the efficiency of a quantum computer over classical ones.