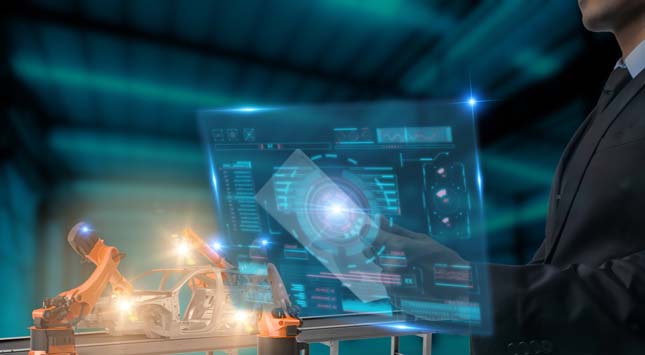 Instincts, virtual adrenaline, and the blood rush are the daily dopamine hit for a gamer.

Gaming is an ocean of opportunity for some, while for others is a way of escape-reality. Strategy gaming is one such genre that offers the players control, decision-making, and uninfluenced gaming experience in various sub-genres.

League of Legends (LoL) belongs to the sub-genre called Multiplayer online battle arena (MOBA). Single-player controls a character playing in a team against another group of players. This genre promotes teamwork, instinct, and group participation from different places in the world. Some of the other top 5 MOBA games like League of Legends are listed below.

HEROES OF THE STORM (HoTS)

This 5v5 multiplayer game creates an experiential heroic portrayal of each player’s unique trait of strength and weakness. Initially, the role cannot be chosen but is allotted; as the game progresses, the players get to unlock the heroes from a palette of 89 traits.

‘Gold’ is the in-game currency used for micro-transactions within the game. This can be used to purchase the heroic characters in further levels. The game’s ultimate objective is to destroy the structure of the enemies called ‘The King’s Core,’ which is defended by forts and keeps.

Experience points can be gained by destroying the enemy forts or killing the enemies’ minions’ which is naturally shared.

DEFENSE OF THE ANCIENTS 2 (DOTA 2)

By gameplay, the DOTA franchise resembles HoTS in many ways except the player to player combat feature. Involving 5v5 players, the main objective is to destroy the opponents’ Ancients’. The players can take up any one of the two roles: core and support. While the core players lead the team to victory from an initially vulnerable position, support players offer protection and guidance to the base from the beginning.

Dota 2 also presents a limited-time game mode available at the particular seasons that do not follow all the game’s standard rules. The prequel of the game DOTA was a community-created game which was later extended. To promote DOTA, Valve corporation invited an esports team, and small scale tournaments were conducted called Dota Major Championship.

This is considered one of the universally acclaimed games based on which goodies like figurines and accessories were released and also bagged IGN’s people choice award. Critics highly complimented the design, user-interface, and graphics.

You may like to Read: Environmental Awareness for Kids through Game

Smite is considered one of the unique games of the MOBA genres as it allows the player to control the character of a god or goddess or mythical being. Each character is classified as one of the following classes: Assassin, Guardian, Hunter, Mage, or Warrior. The player controls his character from a third-person perspective, which is a unique feature of this MOBA.

The in-game currency can earn additional powers for the characters that the player wins in each combat. While the Gods and Goddesses belong to different cultures and religions worldwide, many of them protested against the representation of their Gods.

But Smite also offered platforms for beginners to practice the game for free, creating an opportunity to level up with the pro-players as early as possible. After the players succeeded in the online platform, offline matches were conducted, and players were shortlisted for the Smite World Championship and had a successful esports association.

Battlerite is a combination of two sub-genres of strategy games: MOBA and team brawler. While traditional MOBA games require a team to destroy the other team’s establishment, Battlerite consists of action based championship combats. It allows a maximum of 3v3 with unique defensive qualities, combating to defeat all the opponent team players in three rounds. A timing of two minutes is provided for each game.

This game does not involve any in-game currency for resources as champions are provided with abilities according to their victories. This game is purely based on an action-based strategy that offers excitement and thrill. The prequel of this game’ Bloodline Champions’ received much appreciation.

The drawback of Battlerite is the failure to attract a mass gaming crowd due to its simplicity, but for a unique action-based MOBA, it was highly applauded. IGN rewarded a score of 8.2/10 and also stated, “Battlerite strikes true where it counts, and that’s in the arena. The team fighting hits hard at the core of what makes competitive gaming so engaging hour after hour.”

Arena of Valor is one of the most downloaded MOBA on Android. With a high resemblance to League of Legends and Clash of Clans – for which you can gain access with the help of this article – AoV offers multiple modes with three main modes. Destroying the enemy’s towers and heading to the other end of the map to strike victory is the game’s objective.

With a maximum of 5v5 players, there are about 101 heroic characters in this game with a different skill set that can be purchased with the in-game currency.

Apart from the mentioned MOBA strategic games, there are widely accepted android games with millions of daily users. Mobile legend- Bang Bang is one of the mobile MOBA games with maximum download, especially in the South Asian countries, with about 8 million daily users.

Vainglory is another MOBA game that won awards initially. The gaming world’s evolution from single-player to multiplayer online games through MOBA strategic gaming is quite remarkable. Thus, it has created a worldwide shared platform for gamers, promoting team spirit and some sportive competition.