A Revolutionary Change in Augmented Reality Technologies with LiDAR Scanner 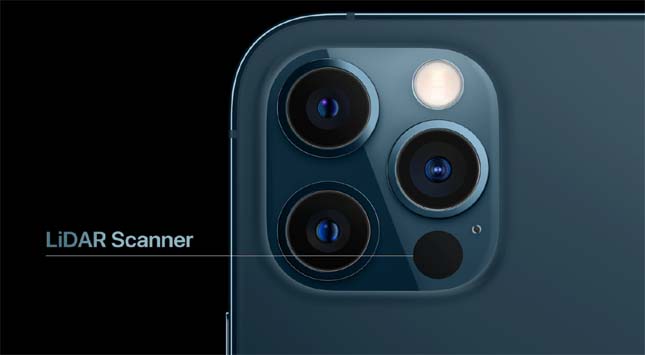 LiDAR – the technology that has been around since the 1960s has come to the limelight again, thanks to the latest Apple’s iPhone 12, autonomous cars, and other such innovations.

What was originally intended to track satellites and military targets using light, LiDAR is now revolutionizing and shaking up the industry in its newest forms. But, why do we want it on our phone and what it means, and how is it connected with Augmented Reality technology? Let’s dive deep.

You May Read: Augmented Reality Company

Remember how Pokémon Go literally made all of us “go around” crazy? Everybody loved it, as the game created quite an excitement among all the age groups, especially in Australia which was one of the first countries to make it available. It was a phenomenal breakthrough in the world of Augmented Reality (AR).

So, what is AR? Okay. Imagine you wanted to buy an antique piece of furniture for your living room. But you are not sure whether it fits in well into your tight space and coordinates with the wall colors.

With an AR app on your smartphone, you can effortlessly see how the furniture looks to scale it anywhere.

In AR, the real and virtual worlds are combined in which digital elements are augmented (added) to real objects for an enhanced real-world experience.

LiDAR in an AR application gives an accurate, detailed, in-depth map of the environment and the placement of the virtual objects.

Why Do You Need a LiDAR Scanner on the Mobile Device?

Apple’s newly launched iPhone 12 Pro and iPad Pro 2020 come with power-packed features for improving the AR implementation. The new miniature LiDAR system on the rear camera combines the info or data from the camera, motion sensors, and computer vision algorithms for better placement of the AR objects. Other highlights of iPhone AR include:

There are many cool, best AR apps for the iPhone in the market. Once you get the phone, it’s worth trying it out to experience for yourself the true AR tech.

Other examples include 3D CAD modelling for industrial designers, designing dream spaces for home owners and interior designers, studying of human anatomy for students and healthcare professionals, real-world gaming for youngsters, home measuring tools, and the list is just endless!

Apart from augmented reality to create ultra-detailed 3D maps, LiDAR is evolving in areas like:

Safety to prevent collision is the key to self-driving vehicles. And did you know a LiDAR sensor mounted atop of the vehicle spins emitting laser beams, and measures how long it takes for the laser to bounce back? This way the LiDAR scans the road, generates a 3D map of the environment, navigates and detects obstacles like pedestrians.

Before committing to a project, civil engineers or urban planners have to plan for the project with the terrestrial limitations, evaluate the existing infrastructure for damages, and also survey and study the area for any potential disasters like flooding.

LiDAR helps in surveying the terrains by collecting data from objects, buildings, and surfaces, creating detailed spatial maps accurately within a short period of time. This will also show the areas susceptible to natural calamities.

Environmentalists, scientists and public workers are increasingly relying on LiDAR for mapping an area’s biodiversity, understanding the terrain differences and the geologic history. Some of the applications include, measuring the coastlines, tidal level changes, river basins and rivers edges, analysing the beach sediment changes, tracking air pollution, predicting and assessing the impact of natural disasters on residential areas, identifying old landslides, and more.

Why wait, and start exploring the new AR experience!

5 Useful Tech Gadgets to Help Keep Your Health in Line

Biometric Wearables are all set to fulfill your regular medical necessity