How Java is Used in FinTech 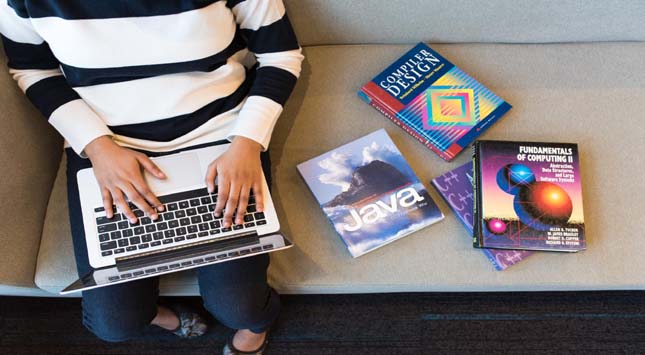 Java is a flexible programming language that’s been used for FinTech projects.

It has been around since the early 1990s, but it was not until recently that its popularity grew to where it can be considered as one of the most popular programming languages today.

This article will explain some of the advantages of using Java in FinTech programs and what Java is used for in this industry.

Why Many Programmers Choose Java

There’s no doubt that Java is one of the most popular programming languages that have been developed over time. The reason why many programmers choose Java is that it offers several benefits to developers who want to build their own programs or create new ones. Some of these reasons include:

Since Java is an object-oriented programming language, you don’t need any prior knowledge about coding before learning how to use it. You just need to know basic concepts like variables, functions, classes, objects and you’re on your way to becoming a skilled Java developer.

Unlike other programming languages out there, Java is very versatile. It allows users to write code quickly without having to worry if they’re doing things right. In addition, there are different ways to do something depending on your needs. For example, you may decide to make changes to existing codes by modifying them instead of writing from scratch.

Java is known to run smoothly even under heavy loads, making it a reliable programming language for FinTech applications. Since Java uses threads, which allow multiple processes to work simultaneously, it doesn’t freeze when processing large amounts of data.

It also runs well with different operating systems, making it easier for programmers to develop software regardless of which platform they work on.

Another benefit of choosing Java is that it comes with open source licenses. As such, anyone can access the source code and modify it according to his/her requirements. With this feature, you won’t have to pay royalties when someone else uses your program and you can freely share your work with others.

Examples of Java in FinTech

FinTech refers to technologies that help banks and other financial institutions improve efficiency and reduce costs while maintaining security. Since Java has a variety of benefits, it’s a perfect choice for building apps related to finance. These innovations range from mobile banking apps to blockchain solutions.

Mobile banking apps are designed specifically for smartphones and tablets. With these devices, people can access accounts anytime anywhere through internet connections. One of the best features of these apps is that they enable account holders to perform transactions faster than ever before. By making payments easier, they save money too!

Blockchain is a decentralized database system where information is stored across multiple computers rather than being kept only in one location.

The most common use case involves cryptocurrencies like Bitcoin. Because this type of network doesn’t have any central authority, it eliminates frauds and errors associated with centralized databases.

Customer relationship management software enables organizations to collect and analyze data about their clients. Using CRMs, firms can build stronger relationships with their customers and increase sales revenue. Java is used to create many different types of CRM applications including those for accounting, marketing, human resources, payroll, and more.

Java is an ideal programming language for developing web-based or cloud-based applications because of its versatility and other benefits. Its ability to run on all major operating systems makes it easy to deploy programs worldwide, especially in the FinTech industry.

As a result, Java developers can easily scale up their business by creating new FinTech applications using this popular programming language.

The Complete Guide to IT Services for Today’s Modern Businesses