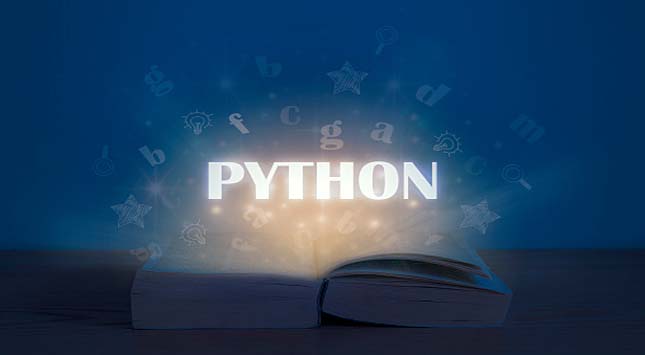 Python is considered one of the best languages to code and build web applications. Not just a web application, Python is best suited for artificial intelligence and machine learning among others.

Although, with a rich library and a lot of handling codes, developers often do many mistakes that make the entire web-making process complicated and less effective. If these mistakes happen continuously, they may create complications that will take days and days to solve.

Apart from following best practices, there are common python mistakes that every developer should strictly take care to not puzzle with codes.

We have created a helpful guide on what common mistakes python developers should avoid in order to bring efficiency to the development projects.

Following are some of the most common python mistakes that every Python developer should avoid.

Tracebacks in python have really distinct kinds. These trackbacks often called faults put a great impact on python projects. To become a great python developer you should avoid this kind of mistake. While developing the project, when you skin a colon at the end of the line or accidentally. dd extra space when indenting under an if statement, or misremember a parenthesis, You will get to know a  syntax error.

When this error comes, it means your python is not able to comprehend the program you are trying to make. The best way to solve it is to do not practice the above-written flow of codes.

2. Copy-pasting from the Internet

Getting a code from anywhere on the web that gives you a solution you want is good but it doesn’t mean you can simply copy-paste the web code from anywhere from the web.  This is a common mistake that most of the newbies do while running python codes. They find a query on the internet, get its code, and start implementing it with the program.

This is risky. Specific codes are built for specific tasks. Although it may work and give you desired outcome if you don’t know the entire code you will end up planning codes that are irrelevant and will cause complexities in the program. The python developers should avoid this.

Another mistake that python programmers do is that they keep writing codes without checking how they will work. This is a common mistake that often leads to the failure of codes. Once you put a huge effort into writing codes for a long time and see them failing once tested puts so much negativity in developers’ minds regarding the project.

It also lowers his confidence in coding. So, it’s best to test the code frequently when working on long programs. If not, the entire program is overburdened with codes. Apart from this, it’s more difficult to find where the actual loophole is when you have long pages filled with codes. It becomes a time-consuming and hectic task. Hence, to avoid such situations, you should always debug code regularly.

It’s one of the major problems that most beginners, as well as mid-level python programmers, face. While making a program and writing code, everyone do lots of mistakes. No one is perfect and not all the codes will be perfect. Hence, you should not feel demotivated if you get your codes with errors and warnings.

This doesn’t mean you are a bad programmer. Rather than its’ the first step that all programmers take — looking at what’s wrong and learning how to make them correct. So stop doubting yourself.  It’s one of the worst things that a developer can do with himself.

When you work on python development there are a number of times when you will be flooded with lots of errors. This is very important because once debugging and finding the errors. Lots of programmers don’t bother to change the codes or even modify the faulty codes unless it gives any issue.

They don’t even realize that solving the faulty codes will remove the future coding problems and make the system up to the expectation. You should always follow the best coding architecture only.

6. Giving up Too Early

Being in the learning phase is most important in any programmer’s life. It does need a lot of patience and time to learn and grow. However, working on projects often gives errors and reapted errors. Beginners often lose their confidence when they get repeated errors.

You need not do this. Errors are the signs that you are working and working in the right direction. This is the time to learn from the seniors rather than giving up early. Beginners when they don’t get the expected result, they quit. We suggest you, never lose faith and keep working on the python projects.

When it comes to technicality, python is not a functional language like Haskell. If you try to make it work like Haskell then it is likely that you will get errors. You should know that objects in python are only for reference types. While working when you pass a reference, you actually pass the value in the system.

Undeniably python is a robust language, with all the functions included for a pixel-perfect development. However, there are several things that you should not be doing the above-listed things in order to avoid any kind of errors in the future.

The way python is leading the industry in terms of development, AI, and ML, it will be a prominent technology to be used in future technologies. One should always follow the only python development company that follows the industry best standards to do the python coding.

It’s not only necessary but also helpful for the business so that Businesses can get top-notch web and mobile apps that do not get buggy features and unwanted user experince. Developers should also follow the above-listed practices so that they made themselves capable of providing the same.

Tekki Web Solutions pvt. Ltd is the leading custom web Development services provider for enterprises in the world. We are Custom Software Development Company who provides highly scalable and non-buffering web applications for clients from different industries for years.

The Complete Guide to IT Services for Today’s Modern Businesses